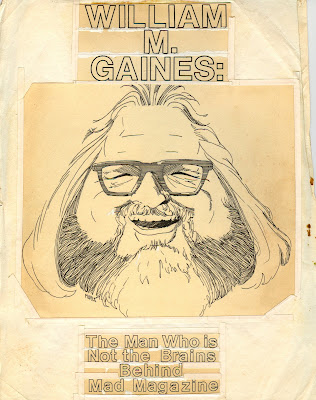 Bill Gaines, the publisher of MAD and the fabled EC comics was a pretty nice guy to me. I interviewed him twice while I was in college and each time this multi-millionaire eccentric took time to answer questions. Later when I was at the "Westfield Evening News" I spoke to him again about the movie fiasco of "Up the Academy."

I was never a big fan of the the EC horror stuff that I saw in reprints, but loved the science fiction and, of course, MAD. I had the goal of writing for MAD and, taking the advice of "Writers Digest," I wrote a parody piece in the style of a MAD regular.

I told Gaines what I had done and he sat me down with Jerry DeFuccio who read it. Silence. For five minutes. The longest five minutes of my life to that date. He looked up to me and said "This is funny, but ..." he explained I needed to bring my own style to the magazine.

I published the interview in my fanzine and Gaines wrote me a nice note. So here is interview as it appeared in my 'zine in 1974. The artwork is done by Mike Moyle, a fellow member of the UMass Science Fiction Society and artist. 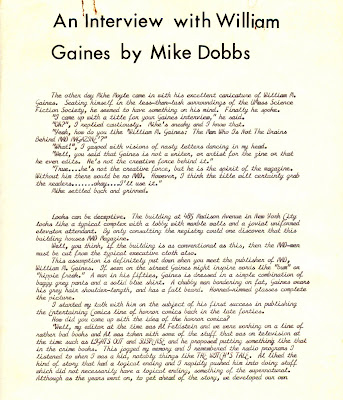 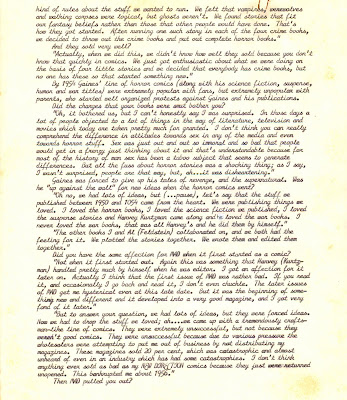 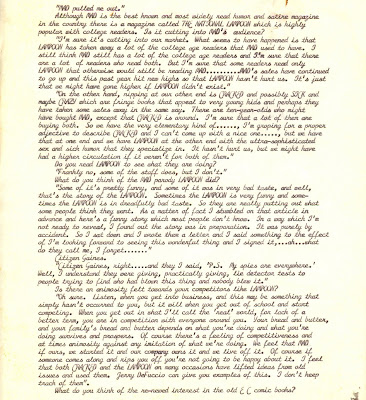 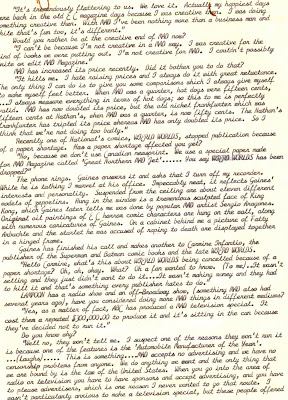