The kid was waiting at the crossroad. His face was unlined and his diaper was clean. He adjusted his sash that read “2011” with a winning smile.

Down the road he spied a slowly moving figure coming toward him. As it approached closer he couldn’t notice a long matted beard, a bald head, and a toga-like outfit that was stained and ripped.

The sash that read “2010” barely still hung around him.

The kid slowly realized what he was looking at – his predecessor. He uttered a single word, not suitable for a family newspaper, under his breath.

It took a while for 2010 to make it over to him. Not only was he slow, he was also limping. Eventually he came up to the kid and stopped with a groan. His cheeks seemed hollow and his eyes sunken.

“Holy crap,” the old man said looking at his young colleague, “I looked just like you just a year ago.”

“Holy crap, indeed,” the kid said while looking at the damage.

The kid fidgeted nervously. “You mean I’m going to end up like you?” he asked.

“I don’t know,” the old man replied. “I never thought I’d look like this.”

“You see one is never quite sure what is down that road,” the old man said while he pointed ahead to a thoroughfare cloaked in fog. “You could age gracefully or you could be beaten up – continually.”

“What happened to you?” the kid asked.

“Well, there were a lot of things: unemployment that wouldn’t go down; jobs that continued to go overseas. Home foreclosures that are still happening,” he said.

“It takes a lot out of you,” he added with a sigh. He rubbed a prominent bruise on his arm.

“There were also the usual things: wars that won’t stop; greed; people concentrating on venal and trivial subjects, you know like the Kardashians”

The kid shuddered. “The Kardashians,” he thought.

“What they don’t seem to understand is time actually does fly,” the old man continued. “There’s not enough time to go around and they blow a lot of it.”

“You see, we’re all alike,” the old man said. “We all start out fresh-faced and full of hope – bright eyes and bushy tailed. But the events lately have had a tendency of going bad really quickly.”

“Do you have any advice to get through this?” the kid asked.

“Sure,” the old man replied, leaning against a walking stick. “Don’t believe everything you see on TV. Stay away from those informercials and reality shows. Just watch ‘The Soup’ and ‘The Big Bang Theory.’ Everything else is pretty much crap."

The kid took out a pad and pencil from his diaper and started taking notes.

“Understand that a good part of politicians tell you is self-serving hooey. An occasional cigar won’t hurt you, but avoid those dumb energy drinks. Watch out for people who compliment you a lot. They can’t be trusted. Read ‘The Devil’s Dictionary’ by Ambrose Bierce for support.”

The old man coughed, took a deep breath and continued.

“There’s nothing wrong with prayer, too. Listen to the blues. Watch good movies. Watch bad movies if they entertain you, too,” he said.

“Also read those local community weeklies. There’s some good stuff in there,” he added with a wink.

The old man looked at a beat-up pocket watch hanging by a chain around his neck and said, “It’s time for you to get going.”

“You can’t be scared,” the old man said. “You’ve got to give this your best effort and keep your head high.”

As the kid headed into the unknown, the old man offered one more bit of advice: “Keep laughing. It’s your best defense.” 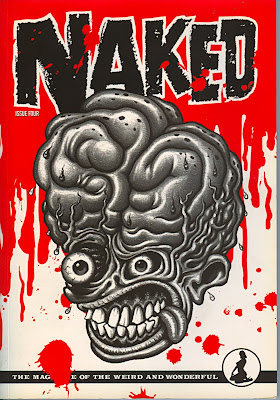 Check out these eBay bargains.

"Naked" is a crazy pop culture book I pickedup in Scotland in 2006. 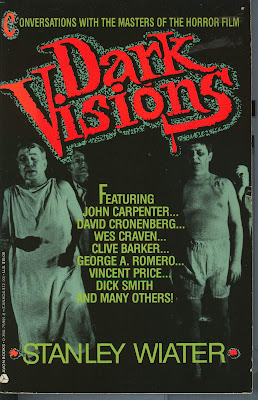 Here's the long out of print book, "Dark Visions" a bunch of interviews with horror folk by Stanley Wiater. I wrote the introduction. I also co-conducted the interview with Vincent Price, but didn't get credit.


Movies: Then and Now has an interview with the late Joe Spinnell. 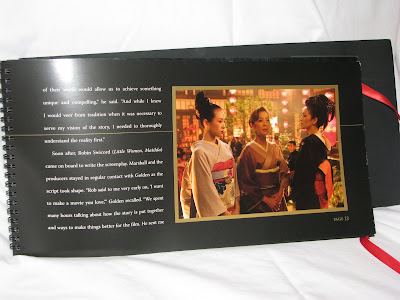 The lushly made presskit for "Memoirs of a Geisha is a nice and rare item. 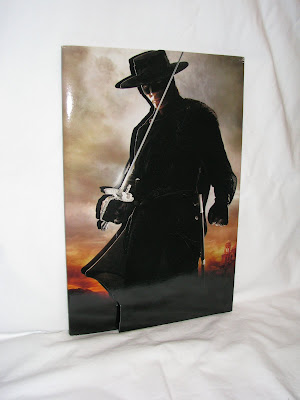 As is the presskit for the second Zorro film

Everything is priced to go. I've got more to put up, including a completley mint-still-in-the-box absolutely essential Wile E. Coyote cookie jar from the early 1990s.
Posted by Mike Dobbs at 7:15 PM No comments: