Recently I received the "The Three Stooges: The Ultimate Collection" for review. The following is what I wrote for the newspapers I edit with some additional information.

Many times when I receive a boxed set of a series of movies or television shows to review, the reaction around the office is "Why would spend $100 on that?"

When "The Three Stooges: The Ultimate Collection" came into the office, though, I had to fight to keep it.

It's difficult to believe that "The Three Stooges," now seen as American comedy icons, were once an act that were popular with audiences but received little critical attention or respect. Today, I predict, this boxed set, which runs around $100, will sell well due to the several generations that discovered the Stooges' short subjects on television.

I'm not sure who said the world could be divided into two groups of people those who like "The Three Stooges" and those who don't but that person is correct. Not everyone appreciates the barrage of one-liners, silly situations and often shudder-inducing physical violence that are the hallmarks of the best Stooge shorts.

The Stooges were part of a rich comedy tradition that was killed by television in the 1950s: the short subject. Theater owners used to create a program of feature films and shorts to entice audiences to come to their theater. Today's audiences might find it difficult to believe but in the 1920s through the early 1950s, the bills at theaters would change weekly and theater owners knew they were in a competitive business. They wanted to give people reasons to return, and running short subjects that were popular were part of that strategy.

The Stooges made the shorts at Columbia, which had a huge comedy unit turning out 20-minute comedies two reelers as they were called with a wide variety of stars, from Buster Keaton to Andy Clyde to El Brendel. The Stooges not only had the longest-running series from 1934 to 1959 but certainly the most popular.

Typically, the short subjects were a proving ground for comics, who would then try to graduate to feature films, such as Laurel and Hardy. The Stooges, although they appeared in features, never were stars in longer films until after 1958.

This 20-disc set gives a viewer the opportunity to see the growth and decline of the two reelers and how the studio's cost-cutting measures affected the Stooges' films. It also shows how the act differed with the arrival of new members.

If nothing else, this boxed set will show that Shemp Howard was a great comic and that many of the shorts featuring Shemp were just as funny as the shorts with Curly, the most popular stooge.

Shemp was the original third stooge and had left the act before the contract with Columbia. He had established himself as a busy character actor and comic, appearing in feature films and in shorts.

The most impressive thing about the collection besides having all 190 "Stooge" shorts in a single collection is the bonus disc with 11 more hours of material.

Columbia has a rich history, but the current owners, Sony, have been pretty stingy about releasing material for which hardcore film fans have long clamored: two-reel comedies and cartoons. In this collection, the producers give us two of the Stooges' feature appearances: "Rocking the Rockies" and "Have Rocket will Travel."

"Rocking the Rockies" is a 1945 B-movie that stars the Stooges in what is billed as a Western comedy, but is really a loosely written musical revue featuring Western swing acts and the Hoosier Hotshots, a novelty band. The film is interesting, but not necessarily good.

There was way too much music and not enough comedy in the film. Columbia clearly didn't know how to make a long-form Stooge film and the film has Moe's character separate from larry and Curly. It's interesting that the Stooges themselves when no longer under contract to Columbia came up with the series of successful kid films.

The second feature features "Curly Joe" DeRita, the last third stooge. The Stooges made a series of very well received comedies for kids and this was the first one, released in 1959.

The other bonus items includes three beautiful Columbia Technicolor cartoons that include caricatures of the Stooges and a treasure trove of Columbia two-reelers featuring Shemp as a co-star, Shemp as a star, as well as starring shorts featuring Joe Besser and DeRita.

I can't understand what potential Columbia saw in DeRita as he was far from an appealing comic. His series of shorts lasted only four installments and one can understand why.

There are also quite a lot of Shemp solo efforts in the collection including this short.

Although maligned by Stooge fans, Besser was an accomplished comic, whose shorts were funny and would have been better if produced at a time when the budgets were more generous and more care was taken.

There are weeks worth of great viewing in this set, which would have only been better if there had been a booklet to put the bonus material into a historical context.

For anyone seriously interested in American screen comedy, this is essential.

Steve's reason for such a display of manly movie love was that "Creature" was an unadorned, unapologetic 1970s style drive in movie. It is low down, no holds barred film that would have been at home at any "ozoner" – a term Variety used to denote a drive-in – back in the day.

The fact that "Creature" was an abject failure at the box-office clouded some people's perception about the film. The mere fact it had a national theatrical run at all was a story in itself. Distribution is so tied up in this country it's next to impossible to get a low budget film into a theater.

Here's the trailer so you can get some of its retro flavor.

Sex, violence, a man in a monster suit and Sid Haig – get the picture?

Now, I've not yet seen "Creature," but I recently bought a film that is my candidate for a perfect little exploitation film: "Bitch Slap." Why is this a gem?

First, it has a wonderful exploitation title. I saw this film on the racks about two years ago and instantly wondered just what the heck it was. Getting someone to question what a film is about is a great marketing tool and exploitation is all about marketing.

The film makers knew exactly where they were going with the film. There is no pretension to aspire to art. Instead, as revealed in the great making of feature, the director and producer wanted to make an over-the-top film featuring three very hot women beating the crap out of some men, but primarily themselves as they search for some sort of treasure.

They chose performers who did the roles proudly. The three female leads were not known to me, but these women certainly gave it their all. There is only one brief moment of naked breasts in the film and none of the principals are involved with that scene. Instead there is a whole lot of old fashioned sizzle. I'm sure the push-up bras made up a significant part of the costuming budget!

With exploitation you have to deliver what the audience expects and with a film like this, the fight scenes need to be epic. Thanks to stunt coordinator Zoe Bell, they are exactly as what would hope.

The producer also made sure there were surprises. Eric Gruendeman and Rick Jacobson worked on both the "Xena" and "Hercules" televisions series. Michael Hurst, the co-star on "Hercules" plays a major role here, and Lucy Lawless and Kevin Sorbo makes cameos.

The budget was used well and with the use of a green screen, there are multiple virtual locations, but actually only one real one – a smart move. The script was obviously written to the budget, another smart move.

I had a ball with this politically incorrect movie. Perhaps it and "Creature" would make for a solid double bill. Now, if you have a countdown clock to run in the intermission your show would be complete! 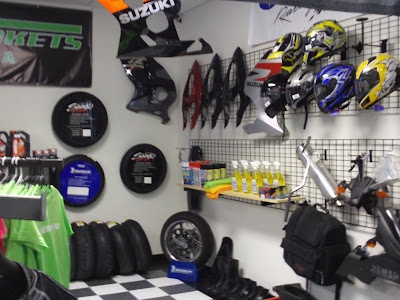 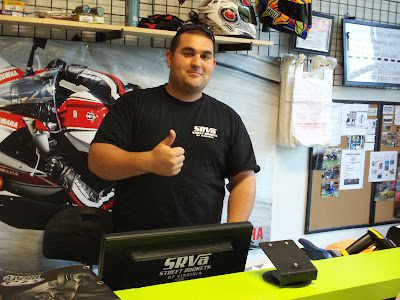 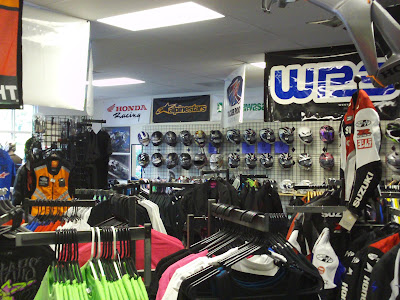 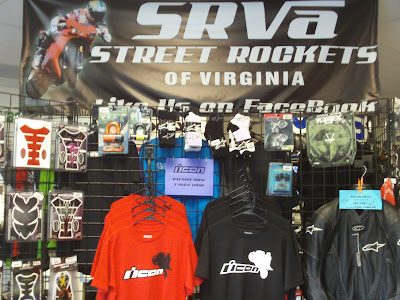 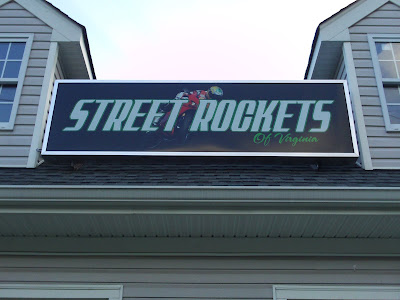 Mary and I just got back to a trip to Virginia to see my mom, my brother Patrick and one of his sons, Matthew and his wife Annette. Matthew and Patrick have partnered in a new business, Street Rockets of Virginia and I happy to report they are doing quite well.

Originally, Matt wanted to sell used cycles and accessories, but state regulations proved to be not worth the effort to surmount them. So, he is building a business based on the needs of bike owners not to just maintain their rides, but to upgrade them.

Also at the heart of the business is supplying riders with what they want to wear. The proper t-shirt, sunglasses and jacket are very important.

My nephew is a born salesman and is a diehard rider, so I think he will be successful in this venture. His father is backing him 100 percent. I need a get a cycle now!

Posted by Mike Dobbs at 3:39 PM No comments: