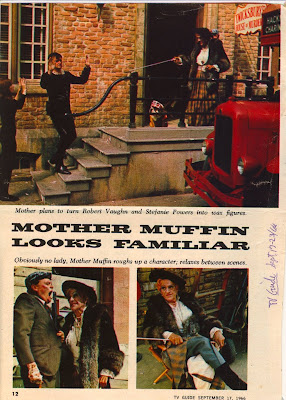 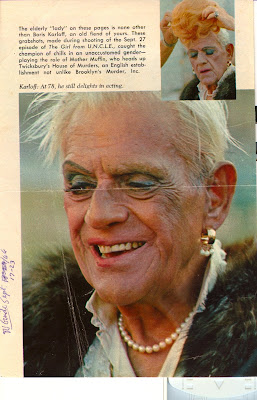 Our story so far: our hero is attempting to blog about horror related subjects each day of the month of October, but he has already missed Day 8 (see reasons below). He hopes the readers forgive his human frailty.

In horror film circles many people form a relationship with a horror star. It's like liking blondes or brunettes, the Yankees or the Red Sox.

For me I love Boris Karloff. Next up in my affections comes an even match between Peter Cushing and Vincent Price. Christopher Lee and Bela Lugosi are also enjoyable, but these three are my top preferences. I will watch them in almost anything.

And yes, I also like the oiliness of Lionel Atwill and the clumsy ham-fisted charm of Lon Chaney Jr.

I know that Karloff was the first horror actor I came to know and I appreciated the fact at an early age that I could enjoy him in a number of other films. Lee and Lugosi were both typecast because of their look (Lee) and accent (Lugosi).

Now nothing gets horror geeks more riled up than a Karloff fan inferring in some way that Boris was the better actor than Bela.

The first time I met my friend Richard Gordon and his late brother Alex – gentlemen, film producers and horror fans – a ex-buddy of mine and a Lugosi fan tried to corner them with the "who was better" question. Both men knew Lugosi personally and Richard produced two films with Karloff and was a friend.

I remember Alex – a supreme diplomat – crafting a conciliatory answer. I was embarrassed by the question – gawd, what a fan boy!

The Gordon Brothers always had nice things to say about both men and both were quite annoyed with the depiction of Lugosi in Tim Burton's film "Ed Wood." Lugosi was always an old world gentlemen who would have never called Karloff a "cocksucker," they insisted. I have no reason to doubt them.

The fact that Richard maintained that Karloff was apparently a down-to-earth guy with a work ethic that that literally kept him busy to his death justified my fan devotion to him. A working class horror star, indeed!

I'll post some rare Karloff images this week and to start with here's one with Boris in drag. My wife's reaction: that's pretty scary!