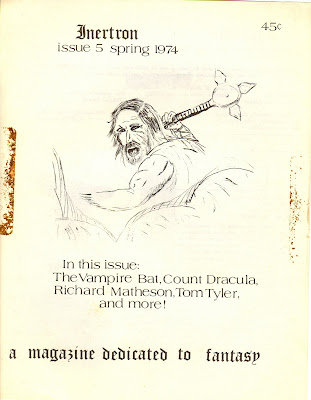 Our story so far: our blogger has tried his best to blog on horror-related topics every day this month. He's missed a few days, but yet he soldiers on.

Being a film and comics fan living in Granby, Massachusetts in the 1960s and '70s was not an easy life. Although my friends in high school didn't ridicule me for my interests – which were fairly exotic for that time and place – no one was on my wave-length.

The simple act of communicating with people with similar interests was probably the inspiration for "Inertron," which I started while I was in high school.

When I bought my first fanzines, "Gore Creatures" – now known as "Midnight Marquee" – and "Photon" I was thrilled. And in the depths of my ignorance, I thought, "i can do this too."

My dad was working as a teacher and he had bought a spirit duplicating printer – the standard quick printer for the 1960s to run off tests, etc. So I thought I'm a step ahead because I have a printer.

And my mom volunteered to type up the 'zine on her Hermes script typewriter. Later I would do a bunch of the typing as well. My parents were very supportive enough though they both wondered just why I had such odd interests.

My first issue featured a silk-screen cover – which I did myself with dad's help – and the spirit-duplicated interior pages produced in my junior year of high school. The trick, as I quickly learned, was the interior pages had to be quickly dry before I ran them through the machine again for the printing of the next page and some times that was a huge pain in the ass.

I soon started thinking about improving the production by investing in off-set printing and realized that making a fanzine was truly a labor of love – there was never a dime profit.

My first celebrity interview was with Buster Crabbe, a very gracious man. Pieces with William Gaines and James Pierce – star of "Tarzan and the Golden Lion, now on DVD – came later. 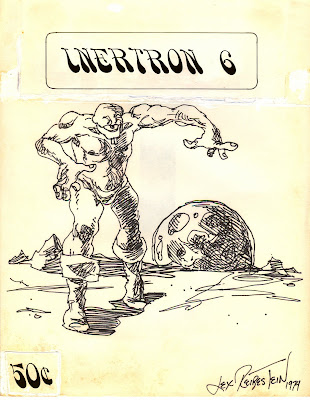 I liked the feel that I was building something, making something. This was undoubtedly genetic as my dad was a second generation furniture-maker. I was supposed to be the third generation, but it didn't take.

I produced only six issues of my 'zine. The print run never went over 100 copies. It was a lot of work, but I loved every moment. 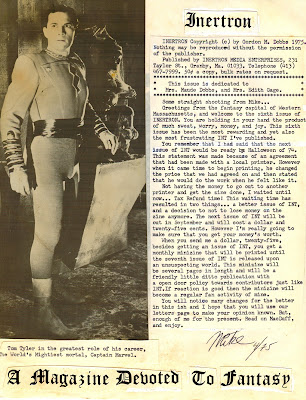 The hope was that other fanzines would mention your work. That was the marketing in the pre-Internet days. I managed to get a free classified ad in an issue of Famous Monsters of Filmland, which helped raise my circulation a bit.

By the time I was out of college, the crush of dealing with this next chapter of my life made producing a fanzine just impossible. I did a quick little newsletter and sent it out to my subscribers. I thought at the time I might be able to do something like that, but I couldn't. 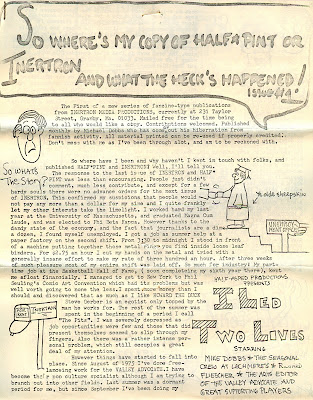 (Yes, my artist friends that was my effort as a cartoonist as well!)

I look at copies of my 'zine and part of me winces. It was so crude and so naive. But then another part of me remembers just how much fun it was and how it played a key role in developing the person I am today.

Mike, this is pure gold. Thanks for sharing the fanzine memories and images!

I Receive $35000 for my only deposit $500 FROM Redtieforex.com
Start earning now !
RedTie-Forex was established by a group of financial advisers and traders in the end of

2008 with the aim of running a successful and independent investment business. The

business, no matter are newbie or professional.
We aim to protect your fund in market, however large, however small, by offering you a

returns. Success in trading is to have the knowledge and understanding of available

resources and instruments, as well as proper risk management.
We mobilize our senior traders and analysts with decades of experience to provide you

with superb investment service. Unlike most of online investment programs you can find on

the net, we do real day-trading based on the Forex market and there is strictly no ponzy

scheme.
Investments Plan
Payments are made for your comfort directly to your LibertyReserve , 100% Secure of your

Just deposited $500 and Received $35,000 in 3 days Now. Make your deposit ASAP
You have no risk and never lost.Conatct: fastmoney07@hotmail.com .we can talk on MSN.

Our HYIP rating list has the most reliable and trusted HYIPs.
http://www.makecurrencyonline.com