Day 19
Back from Rock and Shock

We had a great time even though Mark was probably the only one to make money, thanks to his fine skills as an artist. He was creating caricatures of people as zombies and literally drew all day Saturday and Sunday. He had barely time to walk around.

While some of my DVDs sold, I still carried home quite a number of them – so guess what EVERYONE is getting for Christmas?!

So here is the first posting from the show with some random pics:

There were a surprising number of crafts at the show including this cool skill themed quilt. 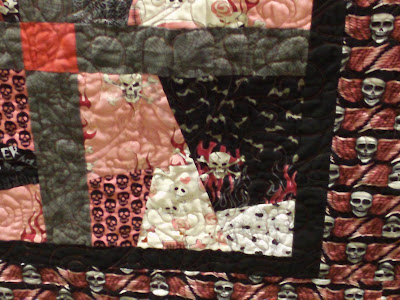 Marty was selling his Western Mass. horror DVD and the preview from "Angel's Blade" caught many people's eyes. 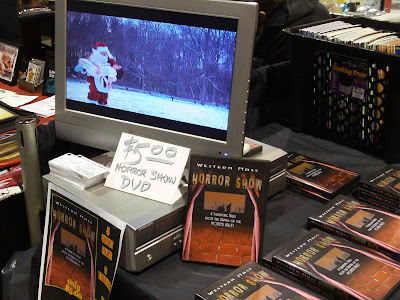 I wanted this model very badly, but not badly enough to shell out the dough. 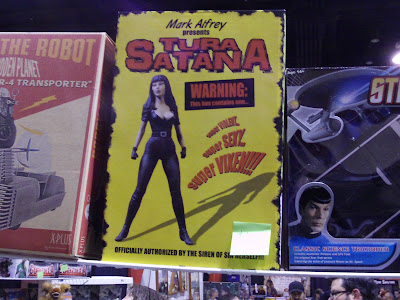 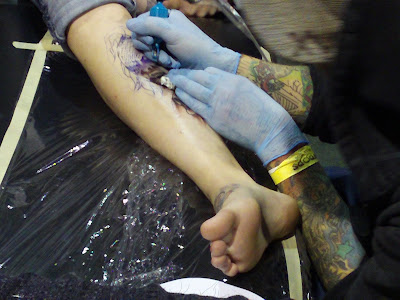 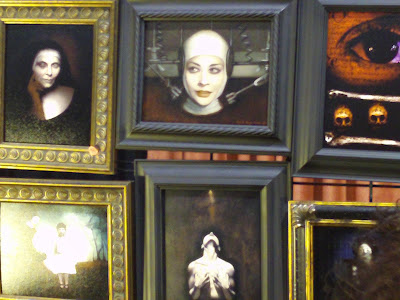