Sometimes having the coolest coat on the block might be a problem. From Sgt. John Delaney of the Springfield Police Department:

"At 12:29 P.M. officers were dispatched to Hampden Bank 115 State Street for a bank robbery. The employees of the bank stated when officers arrived that a black male about 5'10", dark skinned with pock marks on his face, medium build wearing a black coat with a hood and a silver design on the left chest area with silver buttons and a design on the back, dark pants and army type camo pants. The bank robber handed the teller a note that stated "Give me the money in the drawer". The bank robber then stated that he had a gun to the teller[although he didn't show it]. The teller handed over an undetermined amount of cash. The robber grabbed the money and fled in an unknown direction.

Detectives from the Criminal Investigation Unit under the direction of Lt. Thomas Kennedy are investigating this Bank Robbery. The investigation is ongoing. Anyone having any information on this individual please call 413-787-6355 the Springfield Police Department CIB." 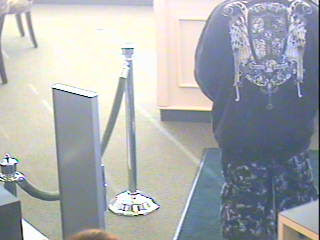 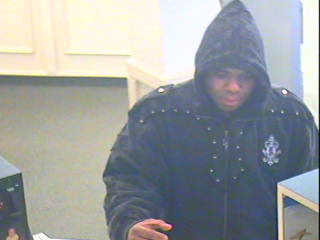 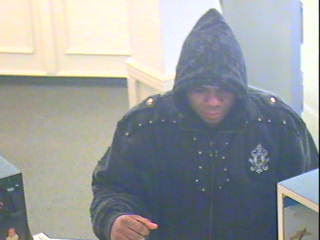