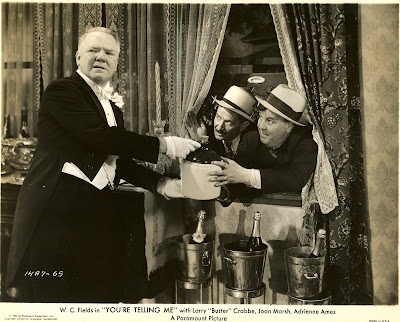 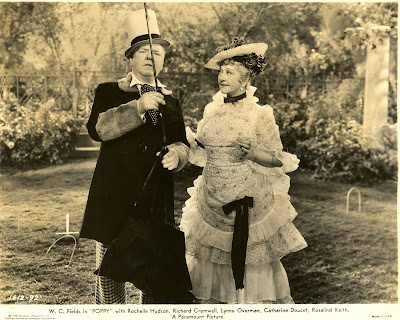 Why I love W.C. Fields

I spent a good part of my recent vacation at the Cape finished the best book – and I think I've read them all – on the life and career of W.C. Fields.

Thankfully many of his films have made it onto video, although in collections, rather than single releases. I hope younger film fans take to time to discover this true American original.

James Curtis's book explodes many of the myths surrounding Fields, such as his hatred of kids, his drinking habits and his general reputation as a curmudgeon. Instead through many interviews and his own letters a far more complex portrait emerged of a hard-working self-made man who understood his comic gift and fought very hard to bring his vision forward.

Go out and find this book if you're a Fields fan.

I've always been attracted to people who are individuals. They don't follow trends. They don't make themselves over into something widely accepted. They stand and fall on their own merits.

Fields certainly falls into that description. He could employ slapstick, but it never seemed stereotypical. His drinking jokes were unique and his views on American families were not like any other. There was no other comic with a point of view such as his.

Like Keaton, I think Fields would find a pretty wide contemporary audience if his films were given a chance. The two were very popular among the college crowd in the 1960s and '70s and I think a revival would be successful.

The first film star I ever interviewed was Buster Crabbe, who was quite gracious to me. I remember being so nervous I could barely stop my leg was bouncing as I spoke to him on the phone. Crabbe worked with Fields on "You're Telling Me" and said he was just like his screen image in real life. At the time, I thought what Crabbe meant is that he was a guy who drank too much and disliked children and dogs – the short-hand image Fields grew to have. Yet if you watch the film – one of his best – he plays a well-meaning family man who eventually triumphs despite his many short-comings.

After reading this book, I prefer my latter interpretation.
Posted by Mike Dobbs at 12:23 PM