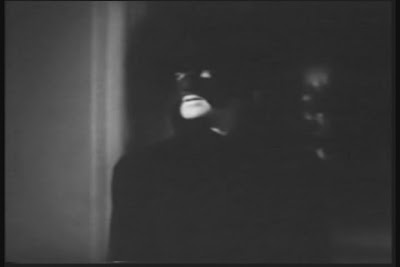 At last, the Monogram Shadow films

I'm not sure how many people today have actually realized at the enormous shift in popular culture that has happened since the success of the Christopher Reeve Superman film and the first Star Wars movie.

In the case of "Superman," the success showed there is an adult audience for material once viewed as just for kids. My friend, veteran movie producer Richard Gordon, once observed how the major studios shifted their feature films to the subject matter once reserved for B-movie and independent films:science fiction, action, horror and adaptations from comic books, pulp novels and radio shows.

"Star Wars" showed the power of the modern merchandising and the enduring ability of a "cult" film to grow a loyal audience.

One would think given today's producing standards, movie makers would have jumped at the chance to bring the successful Shadow character to the screen. The Shadow novels were very popular and the weekly radio show endured over two decades.

A property such as that was not considered "serious," by the big studios then and The Shadow was relegated to an unsuccessful feature made by Grand National, a Columbia serial and then three features produced by Pathe and released through Monogram.

I have several stills from the films (which I will post once I return from vacation) and as I'm a big fan of Kane Richmond, I have been wanting to see them for a long time.

Thanks to a dealer at Cinefest, I now am the proud owner of the three films and they are amazing – in the wrong way.

The casting is fine as Richmond was a veteran B movie hero. If the screenplays had called for it I'm sure he would have made a great Shadow. Instead he was called on to spend most of his time as Lamont Cranston, the meddling nephew of the police commissioner, who insists in solving mysteries before the police can. He and his girlfriend Margo Lane were transformed into a B movie version of Nick and Nora Charles – squabbling and cracking wise.

Although Burbank is a minor character in the first film, "The Shadow Returns," he is the only Shadow associate except for Shreveport the taxi driver who is carried over from the novels or radio show. There is no mention of The Shadow "clouding the minds of men" nor does Richmond ever look like The Shadow with the piercing eyes, red scarf and hawk-like nose.

When he is The Shadow, he is sometimes seen as a shadow, implying some sort of transformation and super power, although it is never clear just what is being presented.

The intent in all three films was to present a generic mystery with comic/romantic overtones that could capitalize on The Shadow without actually having to make an authentic adaptation.

That's not to say there aren't some interesting moments in all three movies ( released in 1946). There's a nasty reporter in a very film noir story element in the second film "Behind the Mask" and the overly complicated plot of "The Missing Lady," the third and last film has some very good photography that any big budget film noir would have been proud to have.

But overall they are disappointing, but in my mind they are not as disappointing as the big budget Shadow film with Alac Baldwin. Now those folks should have known better.